The Science Fiction fanatics at the Rochester Museum and Science Center wanted to broadcast their obsession with Sci Fi movie technology to all parsecs of the galaxy. So they partnered with the crew at OSXR to transmit a signal about their new exhibit called “SciFiTech”. Combining futuristic Augmented Reality experiences and marketing tactics that even Earthlings would understand like posters and QR codes, users from all fandoms would be immersed in RMSC’s SciFiTech collection.

The SciFiTech Arrival experience pushed the limits of Facebook’s Spark AR development platform. Traditionally used for face filters, we took Spark AR’s capabilities to the next level by developing a dynamic suite of AR promotional experiences. 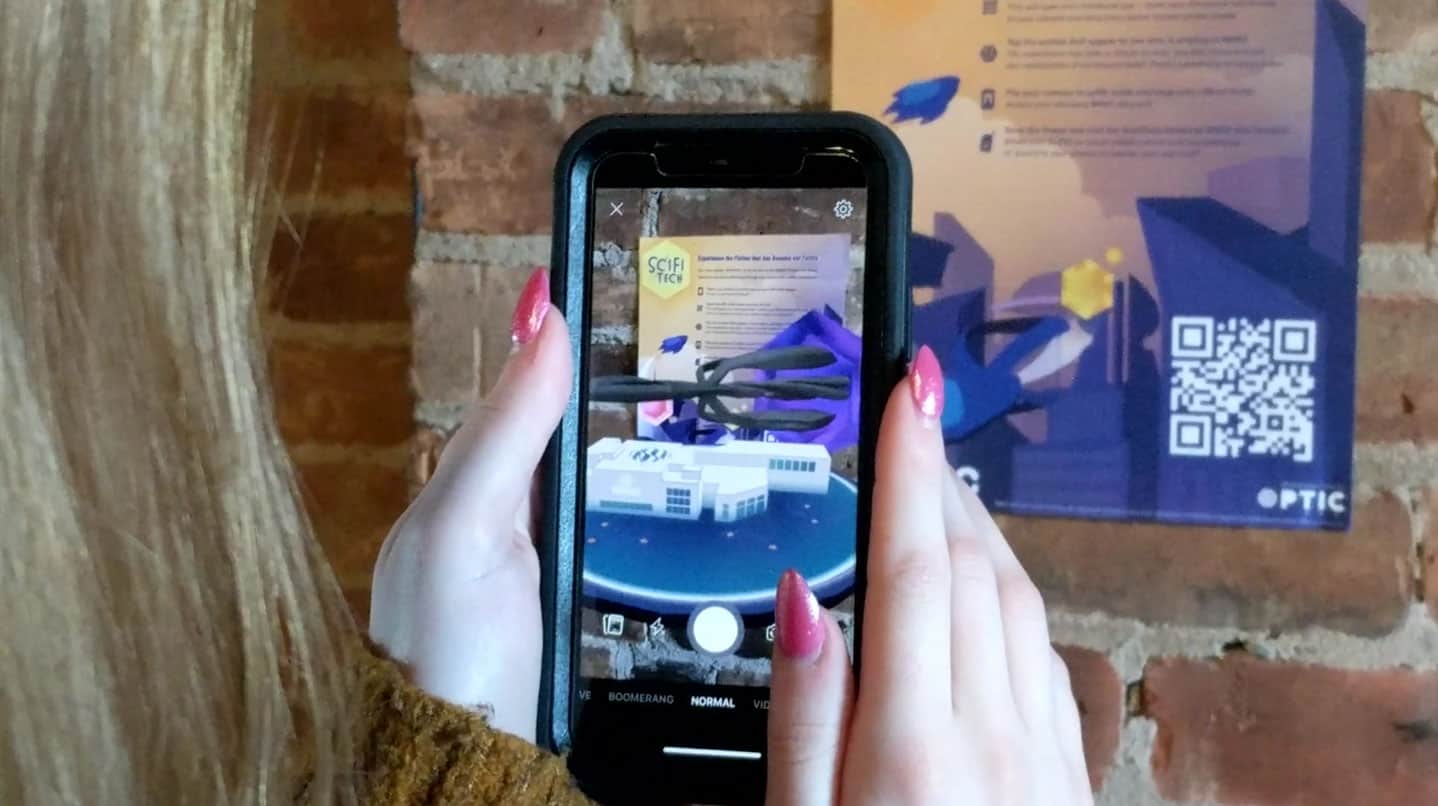 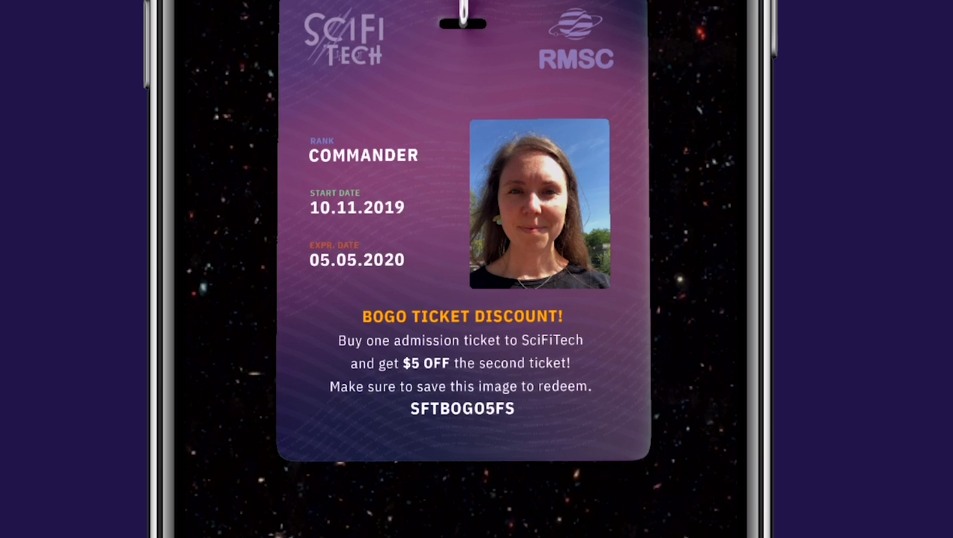 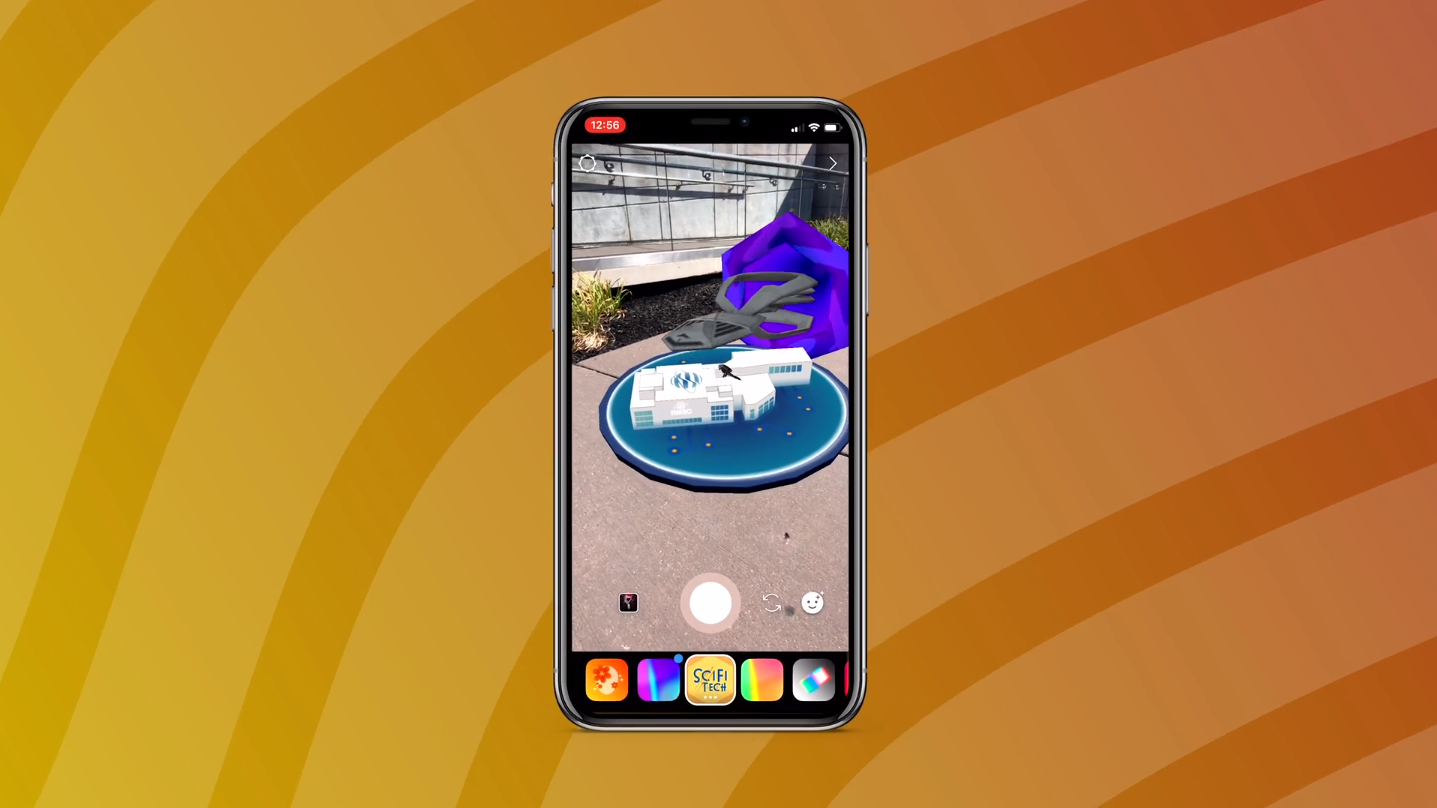 A Sneak Peak of the Future

Scanning the QR code or going to the link projects a hologram of the RMSC building with portals surrounding the model. Each portal is interactive and brings fan-favorite exhibit items to life and shows them flying around the hologram in the user’s space.

An Incentive to Visit

Fans can then switch to their front-facing camera to earn their unique SciFiD crew badge and title on the team. Each crew title comes with a personalized ID card offering different special offers and free admission.

Your Badge is Your Discount

Developing the experience with Spark AR made it accessible to SciFi fans across all parsecs of the galaxy through the RMSC social media channels. This brought over 1,900 Facebook and Instagram users to the experience as well as an 85% engagement rate on Instagram with a 10% promotional boost on Facebook.

Back to the Future...
of Social AR

Similar to how the Delorean innovated time travel and the Starship Enterprise changed space exploration, SciFiTech Arrival pushed the limits in the realm of social augmented reality, truly bringing event promotion into the 21st century. Yup, we’re nerds and proud of it too.

Back to the Future...
of Social AR 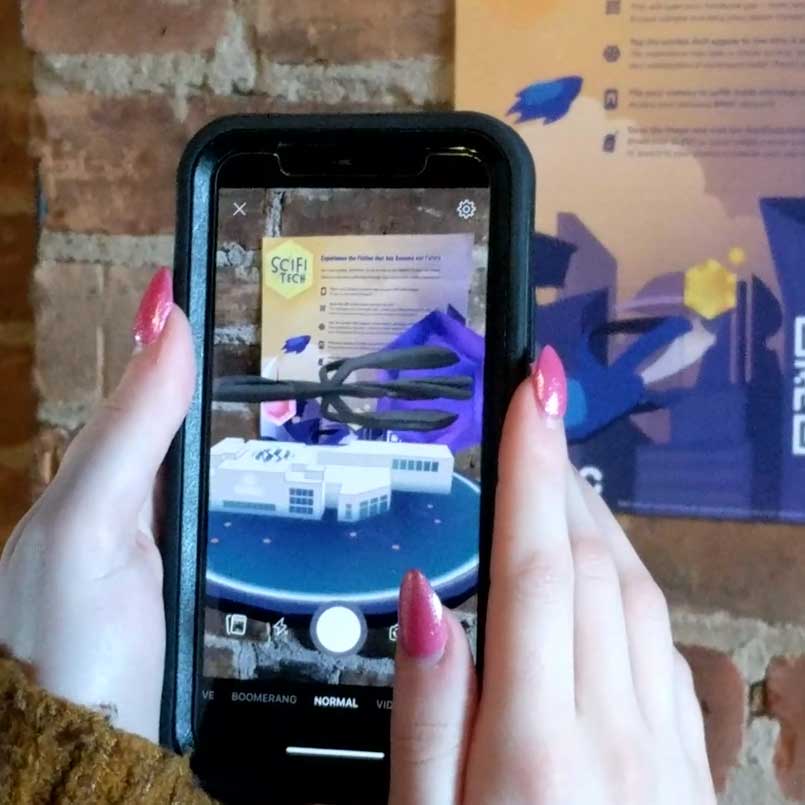